March activities at the IU Lilly Family School of Philanthropy

We began the month by hosting Elliott Abrams, Council on Foreign Relations, through the Tocqueville Program to speak on his new book Realism and Democracy: American Foreign Policy after the Arab Spring. His talk elicited strong reactions, protests, and discussions that I hope will allow us to learn about engaging our polarized public square and the role that our school and campus can play in shedding more light than heat on the pressing issues of our times.

I was also pleased to join Rose Mays to hear Professor Tyrone Freeman speak about his research on Madam C.J. Walker at the Walker Theatre.

I joined Lake Institute’s terrific Board of Advisors for what we think is our largest event ever when we welcomed Scott Harrison, founder and CEO, charity: water, for the 15th Annual Lake Lecture. With some 550 in attendance, alumnus Richard Klopp introduced Scott as we learned about the fascinating work of charity: water.

During the IUPUI campus spring break I was honored to join a delegation led by Chancellor Paydar to Saudi Arabia. Dr. Shariq Siddiqui and I joined two spirited IU/IUPUI alumni events in Riyadh and Dammam as we visited several foundations and institutions engaged with the rapid expansion of philanthropy promoted in the Vision 2030 campaign that seeks to transform the country. In Jeddah we had a good meeting at the Islamic Development Bank that is seeking new ways to mobilize resources for its many partners around the word. In Riyadh we met with the King Khalid Foundation, AlAnood Foundation, Suliman S. Olayan Foundation, and King Abdullah Foundation as well as WAQEF, a consultancy that specializes in Islamic endowments. We discussed a range of promising collaborations ranging from translating our research and publications to training emerging talent in the expanding nonprofit sector, to welcoming highly promising young Saudis to our degree programs. In our meeting with Deputy Minister of Labor AlMutairi, we were congratulated on our joint certificate program with the Al Fozan Academy at the King Fahd University of Petroleum and Minerals (KFUPM). In Dammam, Chancellor Paydar and Rector Al-Sultan of KFUPM presided while we celebrated the conferrals of the first Certificates in Fundraising Management in the country. The fact that women were included in our program is remarkable. 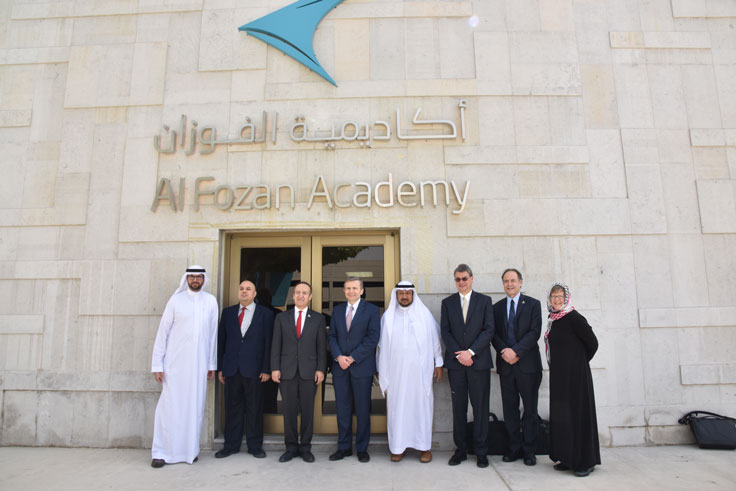 Back in Indianapolis we had the honor of hosting Joel Fleishman, our fourth and final 30th Anniversary Speaker, who spoke on his new book, Putting Wealth to Work. I also travelled to New York for Lumina Foundation’s LiftED Conference. Back on campus we welcomed Ron Schiller, co-founder of the Aspen Leadership Group, who spoke to our students about career paths in advancement.

IU Day is back: a 24-hour, binge-watching, social-sharing, gift-giving, IU-wearing, online celebration of Indiana University. Wherever you are, join the fun and be part of the IU extravaganza.

The WPI Doctoral Dissertation Fellowship supports and encourages emerging scholars in their study of gender and philanthropy. By supporting final research and dissertation writing, this award fills a much needed gap.

Yuan was selected as a finalist in the student poster award competition. This is notable because it is an international conference with nearly 4000 attendees each year, many of whom are students.

March 17—Kathi Badertscher and Dwight Burlingame attended an author’s meeting for Vol. 3 of a monograph series on Shibusawa Eiichi and Philanthropy in Tokyo, Japan. 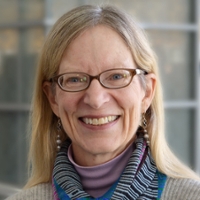 March 13—The Women’s Philanthropy Institute (WPI) released Women Give 2018, Transmitting Generosity to Daughters and Sons, at a launch event sponsored by Wells Fargo in Denver, CO.

Dr. Debra Mesch, WPI Director, presented the key findings from the report, the ninth in the annual series which began in 2010. The event attracted about 250 attendees and was livestreamed to nine other Wells Fargo locations across the country. It is estimated that 1,000 people participated in the event. New WPI Council Member Beth Renner, national director of philanthropic services at Wells Fargo, moderated a panel discussion following Dr. Mesch’s presentation. Panelists’ personal experiences amplified the research findings and brought the research to life in a powerful way.

Women Give 2018 explores how parents transmit generosity to their children and whether this differs for sons and daughters. Whether parents give, and how frequently parents give, is related to whether their adult children give.

WPI held its annual in-person council meeting in conjunction with the launch and welcomed three new members to the WPI Council:

March 8—Our annual Lake Lecture was given by Scott Harrison of charity: water at St. Luke’s United Methodist Church. Scott Harrison made clear the key issues he believes are effecting charity and philanthropy in the 21st century.

March 22-23—The first of two sessions of our four-day Executive Certificate in Religious Fundraising (ECRF) course was led by Melissa Spas in partnership with Reformed Church in America at Western Theological Seminary in Holland, MI. This custom ECRF course focused specifically on Hispanic congregations.

March 24—Part two of a two-part Creating Congregational Cultures of Generosity (CCCG) seminar was led by our partners at United Methodist Foundations in Kirksey, KY.

March 1—Participated on the Giving USA Foundation’s donor-advised fund webcast with a panel of experts. The presentation was entitled “The Data on Donor-Advised Funds: New Insights You Need to Know.” Over 1,000 sites participated in the webinar.

March 29—Served on a panel of experts for the webinar “The Impact of Diversity: Understanding how nonprofit diversity affects philanthropy, leadership, & board engagement.” The webinar was coordinated with the school, Johnson Grossnickle & Associates, and BoardSource and presented the key highlights from the new research study on the impact of board diversity and inclusion.

The Wall Street Journal (subscription required) quoted Dean Pasic in a story about conflicts between universities and their donors, focusing on a $100 million gift at The University of Chicago.

The New York Times quoted Una Osili in an article about philanthropic advisors. The piece also was published by PulseNigeria.

The Financial Times (subscription required) cited research from our 2016 U.S. Trust Study of High Net Worth Philanthropy in an article, “African-American donors going back to their political roots.”

A Wealth Management article on declining generosity cited our PPS research for GenerosityForLife.org showing that the percentage of households that give has declined over the past 12 years.

A story in the Sacramento Business Journal (subscription required) about the impact of tax changes on nonprofit health systems quoted Patrick Rooney.

The release of Women Give 2018 earned coverage in MarketWatch, Barron’s Penta blog, The NonProfit Times and The Chronicle of Philanthropy (subscription required).

Dean Pasic was quoted in an Inside Higher Ed article about a controversial gift agreement at UNLV. Tim Seiler was quoted in a Nevada Independent story about the issue.

ThinkAdvisor quoted Dean Pasic and Una Osili in an article about our Philanthropy Outlook 2018 & 2019.

The Virginian-Pilot and the Hampton Roads Business Journal ran a column by Giving USA Foundation Past President Keith Curtis about the new Giving USA Special Report on Donor-advised Funds researched and written by our school. The NonProfit Times and eJewish Philanthropy also published articles about the report this month.