Working together to solve problems

The Community Collaboration Initiative (CCI) galvanizes the enthusiasm and expertise of 25 Muslim American nonprofit organizations in establishing ways to work together towards solving a common problem.

By utilizing industry research, providing expert facilitators and administrative support, CCI seeks to move beyond the difficult and risky impasse organizations commonly face. The three-year project focuses on interactions and incremental goals that establish a basis of trust.

Organized into groups of four to seven, the first year is focused on collaboration through trust-building. The goal of the second year is to collaborate through shared programming. The final year is about collaborating through sustainability. By working together, organizations have the potential to reach their visions and missions faster, with financial efficiency and with less stress.

As a community-based action research project hosted by Indiana University's Lilly School of Philanthropy, the outcomes include the publishing of a white paper and training module outlining the best practices and lessons learned from the Initiative.

Collaborations have increasingly become a nonprofit industry standard for its various benefits. By working with 25 organizations, mainly in the Chicagoland area, we can influence an intrafaith culture shift towards a Muslim nonprofit sector that is inclusive and operates from a mindset of abundance and shared wealth.

With the advent of the COVID-19 pandemic, this project has taken on new meaning as the need to collaborate and communicate with peers has become even stronger both from an organizational perspective and one of personal well-being. The Community Collaboration Initiative has adapted to the change and expanded the type of assistance and resources being provided in the first year.

Muslim American organizations are stepping up to serve their communities in a broad manner and the Collaboration seeks to amplify their work with mainstream funding organizations. This information sharing has led to greater access of funding for participating organizations. We are reaching into our networks to find the right people and organizations to complement and fully provide to the constituents of organizations.

This project is funded by the Waraich Family Foundation and is being organized in partnership with the Pillars Fund and the Center on Muslim Philanthropy. 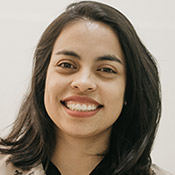 Lina Grajales is a professional in business administration, an administrative management technologist, and administrative assistance technician. As such, she has completed related training in higher management. Moreover, she has great knowledge about collaborative intelligence and team building.

She has over three years of work experience in related fields from administrative assistant to customer service specialist to team manager of customer service for Business Process Outsourcing. In Colombia where she resides, she volunteers at the YMCA Risaralda since 2012 and has been part of the board of directors since 2017 as the secretary. She helps to develop an English program for children that do not have English language as a formal subject. 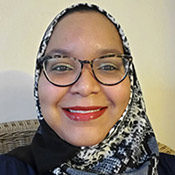 Camille Irvine is a Cybersecurity IT Project Coordinator at Sayers Technology Services. She utilizes her leadership, interpersonal, and facilitation skills to collaborate with clients and internal departments to safely prevent IT security breaches.

Previously, Camille held a creative leadership role at the Adler Planetarium Chicago, where she developed content for a planetary show called "Imagine the Moon." She has also served as a program assistant at Northwestern University and has held other roles at the American Heart Association and the American Red Cross.

With a BA in Media and Communications from Columbia College Chicago (2002), Camille initiated her career in television production and held positions at Post Effects, the Jenny Jones Show, and other productions.

To challenge widespread misinformation and misrepresentation, she produced the first daily Muslim talk radio show called Radio Islam (est. 2001). As the inaugural producer, she elevated the diverse and expansive lived experiences of Muslim Americans. Camille created show content, mentored a rotating set of hosts, and amplified the work of prominent Chicago Muslim leaders. She continues to bring together her professional skills and knowledge of the Muslim American community to this project. 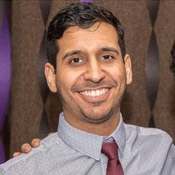 Born and raised in Chicago, Ali Ottman has had the pleasure of serving the Chicagoland community for over a decade in numerous ways, such as working on youth development projects and research studies revolving around the food deserts of the inner city.

Ali attended UIC where he graduated with a B.S. in Kinesiology and a M.Ed in Instructional Leadership. Currently, he is working as an analyst in the healthcare industry. Ali's daytime job doesn't stop him from finding ways to learn from and serve various communities throughout Chicago, so he's very excited to get started with the Community Collaboration Initiative! 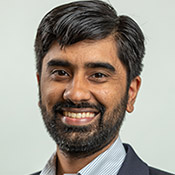 An Atlanta native, Azhar has been a part of professional, religious, and civic nonprofits as a volunteer, board member, and founder over the last 15 years.

Azhar attended the Georgia Institute of Technology where he graduated with a B.S. in Biomedical Engineering. Currently, he is pursuing a graduate certificate from Indiana University Lilly Family School of Philanthropy and is working as a project manager for the largest health system in GA.

Azhar is passionate about his community and is thrilled to be working with CCI. 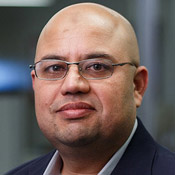 Shariq authors research on Muslim philanthropy and the Muslim nonprofit sector. Most recently, he conducted a national survey of full-time Islamic schools in the United States. This project resulted in the book (that he co-authored) Islamic Education in the United States and the Evolution of Muslim Nonprofit Institutions, published in November 2017.

He has served as a nonprofit practitioner for over 20 years for international, national, regional, and local nonprofit organizations. Previously, Shariq served as the executive director of Association for Research on Nonprofit Organizations and Voluntary Action (ARNOVA). 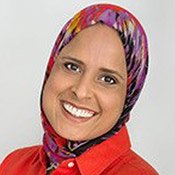 With over 25 years of experience in education, community organizing, and interfaith engagement, Dilnaz exemplifies generations of engaged and compassionate civil servants. As an immigrant from India and product of the CPS school system, she has been able to overcome the inherent limitations that these institutions impose.

Dilnaz has dedicated her family’s philanthropic efforts in engaging with diverse stakeholders, furthering pluralism and helping build bridges. Dilnaz holds a Master in Literacy degree from Northwestern University, and an MS and a BS from Loyola University. She is currently working on a Master in Spiritual Leadership. 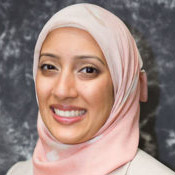 Roohi Younus, co-founder and principal at R&R Strategists, has been consulting with nonprofit organizations for over 11 years. She has worked with the leadership at prominent organizations around the country to help envision and execute strategies related to development, branding, marketing, volunteer management, compliance, logistics, and more.

Roohi also co-founded MUSE Bookings, a speaker and artists bureau that provides booking services to American Muslims. She also served as the inaugural executive director of the Mohammed Webb Foundation in 2014 and has been a board member since 2016. Roohi graduated from DePaul University in 2001. She resides in Woodridge, IL with her husband, three children, and parents/in-laws at various times of the year.

Our collaborations are committed to upholding these integral values:

The collaborations are organized into five groups, each with a general focus area.

Health and Well-Being
Services and advocacy for the underrepresented

"CCI is both catalyst and conduit for Muslim American nonprofits to collaborate with each other, opening doors and offering pathways where the doors between Muslim organizations were previously closed, or simply unopened. I am excited to watch this initiative grow as leadership capacity, technical assistance and best practices become tangible outputs for these convenings."
--Hilesh Patel, Leadership Investment Program Officer

“More than ever, collaboration between and among nonprofits is essential. CCI is at the forefront of thinking through how best to engage the sector for sustainable results.”
--Anne-Marie St. Germaine, President, Terrace Strategies LLC; Vice Chair, Woods Fund Chicago

The goal of this project is to bring together Muslim American nonprofit organizations that are working within the same sector so that they can collaborate to solve a common problem.

Collaboration is the focus of much scholarly research. Since the Great Recession, we have seen an increased emphasis on nonprofit collaboration for a number of reasons. Resource dependence theory and transaction cost theory. The former proposes that a collaborative strategy is the result of organizational efforts to manage external dependencies and uncertainties in their resource environment, whereas the latter emphasizes collaboration as a mechanism to reduce transaction costs and thereby maximize economic or psychological benefits.

Despite their explanatory power, these theoretical perspectives have been criticized for their insufficient attention to those constraints on strategic choice that are embedded in an organization’s institutional environment, its structural context, as well as other contextual and organizational process factors.

This project will bring together Muslim American nonprofit organizations from Illinois, Minnesota, Indiana, California, and Washington DC so that they can collaborate on one shared project to solve a common problem.

We are continually looking to raise visibility to the Community Collaboration Initiative and share its vision with nonprofit leaders. Contact us at lgrajale@iu.edu to schedule a presentation.