Leading During a Crisis: Lessons on Philanthropy and Racial Justice

This event is part of the Mays Family Institute Diverse Speaker Series and will be moderated by Dr. Una Osili, Associate Dean for Research and International Programs at the IU Lilly Family School of Philanthropy.

Watch a video replay below.

Philanthropy and activism in this country, focused on important issues such as racial justice, are at an all-time high. Yet, the nation is more divided—both politically and economically—than ever before. Join Marc Morial and Tony Mason in a conversation about leading during our nation’s reckoning on race and social justice and how we can bring about change now and in the future. 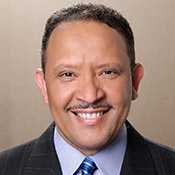 Marc Morial, who has been described as one of the few national leaders to possess “street smarts” and “boardroom savvy,” is the current president and CEO of the National Urban League, the nation’s largest historic civil rights and urban advocacy organization.

He served as the highly successful and popular Mayor of New Orleans as well as the president of the U.S. Conference of Mayors. He previously was a Louisiana State Senator, and was a lawyer in New Orleans with an active, high profile practice. He is a leading voice on the national stage in the battle for jobs, education, housing, and voting rights equity. 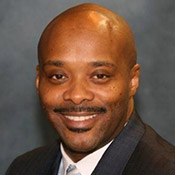 Tony Mason is a visionary leader with a passion for service. He has dedicated the majority of his career to initiatives designed to enhance the quality of life for Indianapolis residents.

During his tenure as the president & CEO of the Indianapolis Urban League, the IUL has become a Center for Working Families, added technical training and certification programs, expanded the Project Ready College and Career Readiness Program, increased health and wellness services, established an agency endowment fund, supported the engagement of young professionals in leadership and service through The Exchange at IUL, and advocated for policies beneficial to struggling families.

Prior to joining the Indianapolis Urban League, Tony served as the relationship development director for companies with A Mission, now known as trueU, where he recruited companies and nonprofits that benefited from employee life skills, leadership development training programs and community service through the Super Service Challenge.

From 2009-2012, Tony served as the senior vice president of the 2012 Indianapolis Super Bowl Host Committee and was responsible for providing administrative oversight and staff support for the Near Eastside Legacy Project and various community outreach efforts ranging from neighborhood redevelopment to educational programs to environmental initiatives to cultural arts projects to human impact initiatives. Over 200,000 Indiana residents, young and old participated in various Indianapolis Super Bowl Host Committee and NFL initiatives.

Prior to joining the 2012 Indianapolis Super Bowl Host Committee, Tony served as the executive director of the Circle City Classic for eight years, building upon the Classic’s tradition of staging one of the nation’s largest Black college football events. Under his leadership, the annual Classic weekend consistently attracted over 100,000 attendees annually, generating an estimated economic impact of nearly $15 million for the city of Indianapolis. Additionally, the Classic awarded nearly $100,000 in scholarships through the Circle City Classic Scholarship Program.

Currently, Tony is a member of the Indianapolis Neighborhood Housing Partnership’s board of directors and he serves on steering or advisory committees with the United Way of Central Indiana, the Greater Indianapolis Progress Committee, the Race and Cultural Relations Leadership Network, the African American Coalition of Indianapolis, Regions Bank, LISC 2020 Great Places, and the Indiana Sports Corporation. He earned his undergraduate and graduate degrees from Miami University in Oxford, Ohio.