Reshaping Black Philanthropy: Inspiring the Next Generation of Philanthropists 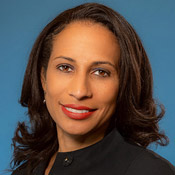 Una O. Osili, Ph.D., is an economist with significant experience in research and policy in the fields of household behavior and economic policy. She is also associate dean for research and international programs at the Indiana University Lilly Family School of Philanthropy, the world’s first school dedicated to increasing the understanding of philanthropy and improving its practice worldwide.

Dr. Osili leads the research and publication of Giving USA, the annual report on American philanthropy. Beginning in fall 2016, she has led the research and publication of Index of Global Philanthropy and Remittances and Index of Philanthropic Freedom. She has pioneered new approaches to using data to better understand global and national trends in philanthropy with the Million Dollar List and the new Generosity for Life project.

She directs the school’s research program with its partners including Bank of America, United Way Worldwide, Coutts Inc, and National Collegiate Athletic Association. She has served as an associate editor for the Journal of African Economies and guest editor of the Journal of African Development.
She earned her B.A. in Economics at Harvard University, and her M.A., and Ph.D. in Economics from Northwestern University. 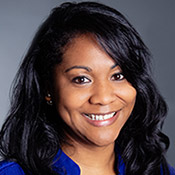 Charmaine Brown is currently a Senior Scholarship Officer at The Denver Foundation. She assists individuals and organizations with their philanthropic goals by way of the scholarship and nonprofit organization funds she assists with creating and managing.

Prior to joining The Denver Foundation, Charmaine worked at public and private institutions of higher education. Though she has worked to serve all people pursuing an education, Charmaine specifically focuses on serving students from first-generation families, undocumented and underrepresented students, low income students, and those that may have been provided a second chance at making a new start on life.

As a first-generation college student herself, Charmaine stumbled upon her current career through her personal experiences of holding a part-time job during college as a financial aid peer counselor and helping family and friends understand their financial aid options to go to school.  Now as she continues her work in the nonprofit sector, Charmaine strives to help the next generation understand their influence in philanthropy as they develop and discover what is meaningful to them.

In many of her roles, Charmaine often finds herself as a spokeswoman and ambassador on various financial aid and scholarship programs.  Having served as a volunteer for the Colorado Association for Financial Aid Administrators (CAFAA) organization, as well as currently being involved with the National Scholarship Providers Association, Charmaine seeks to continuing serving in ways that help empower others to recognize how they can leave a footprint in their own communities.

When Charmaine is not assisting with deciphering FAFSA forms or reading regulations on financial aid standard practices, she volunteers with her neighborhood association and church, serves on the Girl Scouts of Colorado Board of Directors, and is a mentor for new professionals in the field of financial aid and scholarships. Charmaine strives to continue her own personal journey with philanthropy in ways that are not just through the traditional ways of financial support and giving.

Aside from all of this, Charmaine finds time to indulge in podcasts, spoils her family with creative Pinterest recipes, and loves working out simply to enjoy a musical playlist that would make any generation proud! 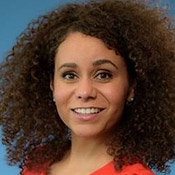 Tiara is a doctoral student at the Indiana University Lilly Family School of Philanthropy. Her research interests include recipients’ shifting attitudes toward philanthropy and women’s social entrepreneurship in the Global South.

She comes to the Lilly Family School of Philanthropy after graduating from Spelman College in Atlanta, GA (Sociology) and the University of the Witwatersrand in Johannesburg, South Africa (Master of Arts in International Relations).

She has spent most of her academic and professional lives traveling between the U.S. and South Africa establishing rich networks of global learning through consulting, community service, and research to promote intercultural understanding.

After completing her studies, she intends to teach social responsibility in business schools and establish social enterprise incubators in that will bridge the expertise of philanthropists and universities with enterprising community members. 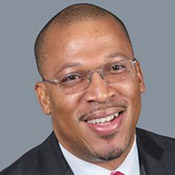 Edward M. Jones is the Vice President of Programs at ABFE. Prior to joining ABFE, he was the director of conference programming at the Council on Foundations. Prior to the Council, Edward worked for Micros Systems, as an operations manager, and at Amtrak, as manager, manpower utilization. Edward volunteers or supports several organizations through time, talent, treasure and testimony.

He’s a founding member of Black Benefactors, a social investment club/giving circle comprised of individuals, local businesses and organizations that are dedicated to addressing the societal ills facing the African American community in the DC region. Edward is a founding board member of the African American Heritage House at Chautauqua Institution. He also a founding member of Black Philanthropic Alliance and serves on the board of Us Helping Us, People into Living, Inc.

Edward is an active member/volunteer of Zion Church in Landover, Maryland and founding member of its Justice League, a social justice network at the church. Edward is a commissioner for Serve DC for DC Mayor Muriel Bowser. Born in Los Angeles. Edward is a graduate of the University of Akron (OH). He especially enjoys connecting people and causes. 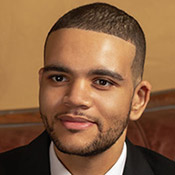 Collin Mays is an activist. Collin is a graduate of Western Michigan University with a B.A. in Political Science. Mays is currently pursuing his MPA (Master of Public Administration) degree at Oakland University.

Mr. Mays is a 2012 Who’s Who in Black Detroit inductee (the youngest to be inducted), a 2015 Spirit of Detroit award recipient and a 2015 Michigan Chronicle 40 under 40. Collin has appeared on numerous television and radio programs as well as being featured in multiple publications. Currently, he serves as Business Development Coordinator for the Southeast Michigan Community Alliance after being promoted in October 2018.

In 2017 Collin started the Mays Family Scholarship in partnership with UNCF (United Negro College Fund) to encourage undergraduate students to complete their degree. The scholarship awarded three recipients $1,500 each and received over 600 interested applicants. The application eligibility was for students from Arkansas, Illinois, Indiana and Michigan. 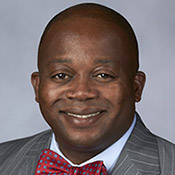 Kim Nyoni is the Associate Vice President for Development with the University of Nevada Las Vegas (UNLV). Kim has been with UNLV since 2017 and oversees development professionals based in academic units as well as serving as a development liaison with the Department of Intercollegiate Athletics and the Office of Gift Planning. Collectively, these teams as part of the Division of Philanthropy & Alumni Engagement, have raised over $135 million in the last two years, in support of UNLV initiatives. In this role, Kim has been responsible for providing leadership over frontline fundraising programs and general fundraising operations while also managing relationships with principal donors to UNLV. Kim works closely with academic leaders and provides vision and strategic direction on fundraising initiatives.

As the Interim Chief Development Officer for the School of Law, Kim successfully led the School to exceed its annual goals during a period of leadership transition. While serving as the Senior Director of Advancement for Principal Gifts & Honors College, Kim was responsible for developing a fundraising strategy for the Honors College while managing principal gift activities for the University’s top donors.
Under his leadership, the MU College of Engineering surpassed its $10 million fundraising goal by raising $11.5 million in private support.

Kim was responsible for restructuring and strategically building the fundraising program in engineering. He developed and executed a departmental based annual giving program and worked closely with department chairs to engage volunteers and key supporters. Kim was also responsible for developing the College’s $100 million Campaign goal as part of the $1.3 billion Mizzou: Our Time to Lead Campaign that was launched in October 2015.

Prior to his tenure at Missouri, Kim was part of the development team at the University of Arizona from 2011 to 2014 where he served as Associate Director of Development and Director of Development for the College of Engineering.  Kim assisted in building the engineering development program and develop strategic initiatives to engage and cultivate alumni. During a three year time span, the team raised an average of four to six million dollars annually, culminating with a record $15 million in contributions for FY 2013 – 2014.

Kim began his advancement career in Corporate & Foundation Relations at the University of California Berkeley, where he served as Assistant Director of Corporate & Foundation Relations for the Haas School of Business. Following a successful career at Berkeley, Kim served in a Regional Development role before transitioning to Utah State University.  From 2009 to 2011, Kim served Utah State University as a Development Officer for the College of Humanities and Social Sciences.

Kim is a graduate of the University of Nebraska-Lincoln, holding a Master of Arts in Advertising and a Bachelor of Journalism in Broadcasting. He is native of the United Republic of Tanzania by the way of Lincoln, Nebraska. He is proud Rotarian, serving his local community as a member of The Rotary Club of Las Vegas, Nevada. 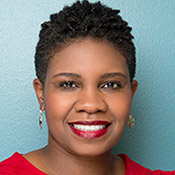 Akilah is Executive Director for Faith in Texas, a fast growing multi-racial multi-faith grassroots movement for racial, economic and social justice. She has nearly two decades of experience as a relationship manager, with expertise in nonprofit executive leadership, fund development, African-American media sales and project management.

Akilah’s love for connecting community organizations with financial and in-kind resources has resulted in over $5 million in revenue support. She is currently pursuing a degree in Human Services Management & Leadership at the University of North Texas at Dallas, and has earned a Nonprofit Management Certificate from the Center for Nonprofit Management in Dallas, TX.

In 2013, Akilah launched Distinguished Ones: A Philanthropic Initiative, respectfully known as #BlackDFWGives, an educational and inspiring, online initiative seeking to heighten the platform for philanthropy education and the next generation of philanthropists of color throughout North Texas. Her philanthropic leadership includes the founding of HERitage Giving Fund at Texas Women’s Foundation, awarding nearly $30,000 in grants to black women-led organizations. In addition to providing consulting services for small-to-medium-size nonprofits.

Distinguished honors include the inaugural Young Black and Giving Back Institute Philanthropist of the Year, Dallas Business Journal 40 Under 40 and The Dallas Foundation Top 10 Good Works Under 40 Award. Akilah is a charter member of The Golden Circle and Texas Women's Foundation XIX Society and former “Big” with Big Brothers Big Sisters. Her servant leadership extends onto community advisories, boards, her son’s PTA and other opportunities for volunteerism. She’s also a 2018 Dallas Public Voices Greenhouse, Op Ed fellow.

Akilah is the proud mother to college sophomore and businessman, Jamel and student-athlete, Jayce.

Her mantra is: “There is no royal flower-strewn path to success. And if there is, I have not found it for if I have accomplished anything in life it is because I have been willing to work hard." – Madame C.J. Walker