Abstract: We develop two indices for measuring individual generosity in volunteering, based on the notion that generosity is higher when the volunteer makes a larger (gross) sacrifice. Both indices are increasing in time volunteered and decreasing in available time, desirable properties, and the second is also increasing in nonlabor income. We construct both indices using a large cross-section of single-headed households drawn from the PSID. The two indices are highly correlated, and heavily skewed. We compare average volunteering generosity across sample splits based on demography, health status, income, wealth, religious affiliation, and frequency of attendance at religious services. We also compare generosity in monetary donations with generosity in volunteering, finding modest positive correlation between the two. 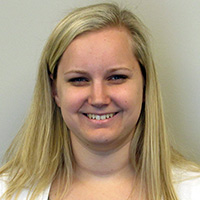 Bio: Sasha Zarins is currently a research associate at the Indiana University Lilly Family School of Philanthropy. Sasha received her Bachelor’s of Science in Psychology and Master’s of Science in Social Psychology from the University of Michigan. She currently works with Dr. Sara Konrath on a grant exploring the effects of an interactive smartphone app on social skills in teens. Her research interests include prosocial behavior, empathy, narcissism, social media and technology use, and lie detection. 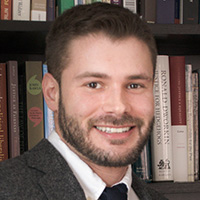 “That the Earth Belongs in Usufruct to the Living: Perpetual Philanthropy and the Problem of Perpetual Power”

Abstract: Intergenerational transfers are a core feature of the practice of philanthropy. A substantial portion of the resources committed to charitable causes comes from gifts at death and gifts that continue to pay out after death. Indeed, the power of the foundation, as we know it today, can be attributed in no small part to the instrument of the charitable trust, which splits ownership among multiple parties and extends the life of an enterprise beyond the mortal existence of its initiating agents. Yet whether and in what way intergenerational philanthropy can be justified is philosophically controversial.

For instance, many historical critics have held that a right to have one’s wishes respected post mortem only makes sense in the context of dubious metaphysical views about the interests of dead persons. Leading contemporary perspectives have taken a more optimistic stance, finding that intergenerational philanthropy is (or can be) consistent with the demands of distributive justice.

In this paper I argue that the distributivist paradigm ignores an important dimension of the political morality of these practices. Although intergenerational charitable transfers are beneficent in many respects, they also restrict the liberty of future generations to dispose of property as they will. Respecting the intentions of the past conflicts with future generations’ interests in sovereignty over their common affairs.

The paper concludes that properly accounting for the interest in generational sovereignty does not require the abolition of charitable bequests or trusts. But it does tell in favor of a different regulatory orientation than legal systems currently adopt. 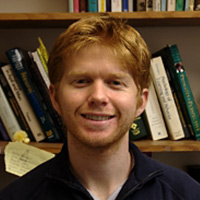 "Mind the gap?" Exploring the role of beliefs of similar experiences to the outgroup during perspective taking

Bio: Steven Sherrin is a doctoral candidate in Cognitive Science and Psychological and Brain Sciences at Indiana University. Steven has published research on various topics in psychology, including emotion and prejudice.

Abstract: Common wisdom suggests that before judging others too harshly for a negative or controversial behavior, individuals should “step in the shoes” of the other person(s), and imagine how he or she would have acted—a mental process commonly known as perspective taking. However, in intergroup situations, the validity of comparing one’s own experiences to outgroups (e.g., white individuals imagining how it feels to be black) has been strongly questioned.

In this talk, I will present experiments finding evidence for a “been there before” negativity bias in perspective taking: imagining the self in the outgroup’s situation can increase positivity towards controversial outgroup behaviors, but only when individuals believe they have not already been in similar situations themselves. 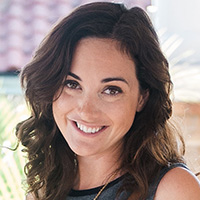 Operation Rescue: Purity and Danger in Narratives of Sex Trafficking

Bio: Kimberly Pendleton is a doctoral candidate in the American Studies department at George Washington University in Washington, DC. Her dissertation, "Captivated: Evangelical Enchantment, Sex Trafficking, and the Politics of Purity" is a cultural study of U.S. evangelical missions and the sex industry in the late 20th and early 21st centuries.

Abstract: As the capital of the British Raj and the site of Mother Teresa’s famous charity work, Calcutta (now Kolkata) is a mission field with affective importance to Western evangelicals. The city signifies exotic abjection, legacies of colonialism and a laboratory for religious work in their fight against human trafficking, particularly “sex trafficking.” A lexicon of objectification, coercion and choice undergird evangelical interest in sex trafficking in which conservative theological and neoliberal logics are laced with feminist vocabulary and fantasies of global human rights.  In Kolkata, an economy of freedom parallels the city’s network of Indian businesses. These “freedom businesses,” which range from bakeries to textile factories run by foreign evangelicals, employ women and girls who were once part of the local sex industry. Beyond simply an economic niche, these freedom businesses link free enterprise, sexual slavery and evangelical mission. This paper examines the humanitarian and missionary narratives that the evangelical fight against sex trafficking deploys, many of which are economic and political in scope. 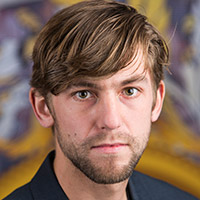 Crowding-out in context: When and how does government support affect charitable giving?

Bio: De Wit is a Ph.D. candidate at Vrije Universiteit (VU) Amsterdam, with his dissertation focusing on the relationship between government support and charitable donations. His broader research interests include giving behavior, volunteering, social innovation and migrant participation.

Abstract: The hypothesis that extensive government support 'crowds out' charitable giving has been widely studied. Despite robust experimental evidence that tax-financed government spending is associated with a reduction in donations, it is uncertain to what extent these findings can be generalized to field settings. An important assumption in (laboratory) experiments is that people have full information about the level of tax-financed government support but this assumption might be problematic when it comes to actual donation decisions. Also, not all organizations and people may react similar to information about government programs. Showing original empirical evidence from multiple studies, I argue (1) that the relationship between government support and charitable donations is highly context-dependent, (2) that the association varies between organizations and social groups, and (3) that information about government funding is a prerequisite for donations to be responsive to government support. 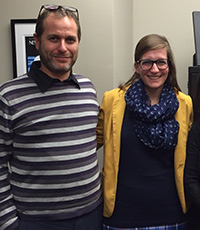 Who Does and Who Does Not Volunteer? Immigrant Volunteering in Germany: Policy Implications for a Successful Integration

Abstract: The recent flow of refugees into many European countries raise ongoing debates on the best policies to address the challenges of immigrant integration. What is missing is a sophisticated toolbox for policymakers and field workers to deal with these integration challenges, especially in light of growing local resistance to the presence of immigrants and refugees. Volunteering provides one insufficiently investigated avenue for social and cultural integration of immigrants. Whereas past research on immigrant volunteering provided important insights into their motivation and benefits, it was frequently based on convenience samples and lacked European policy perspectives. Using the German Survey on Volunteering (GSV)—a database on volunteering and civic engagement among a representative sample of the German-speaking adult population in Germany, we investigate how do immigrants differ from native-born on their volunteer behavior (“between group analysis”, N=19,172), and how do immigrant volunteers differ from non-volunteers within the immigrant population (“within group analysis”, N=1,566)? We test a conceptual model offering individual- and organizational-level characteristics that might explain the difference in volunteer levels. For the between group analysis, findings show that native-born display higher rates of volunteering, even after matching immigrants to native-born on individual characteristics. For the within group analysis, findings indicate that social and organizational embeddedness variables are significant drivers of volunteering behavior within the immigrant sample. The paper contributes to the emerging literature on immigrant volunteering and provides policy implications. 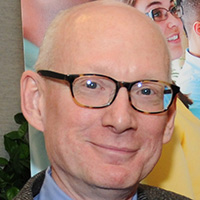 What is the Price Elasticity of Charitable Giving? Toward a Reconciliation of Disparate Estimates

Abstract: There are independent literatures in economics considering tax-price and match-price incentives for giving. The match-price literature has produced well-identified small price elasticities, but scholars have widely questioned whether these estimates can inform tax policy. The tax-price literature in contrast has produced a large range of estimates. Here, we explore and compare these different incentives.

First, we consider tax incentives for giving by focusing on a state-level tax credit that creates a convex kink. We use traditional, as well as more novel, kink methods to estimate the tax-price elasticity of giving. Second, a subgroup of donors in our data were temporarily offered a match for their gifts, creating an opportunity to compare tax-price and match-price effects for the same group of donors giving to the same organization at the same time.