In addition, many popular browsers have changed their default settings for Flash in 2017. Please verify that your Flash plugin is up to date and enabled to ensure that you can view the live and archived videos. Firefox | Chrome | Safari 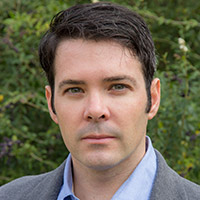 Abstract: The use of directed giving—allowing donors to target their gifts to specific organizations or functions—is pervasive in fundraising, yet little is known about its effectiveness. We conduct two sets of field experiments with different fundraising units at a public research university. This discussion will focus both on the results of the experiments and the process by which they were designed, implemented, and analyzed. 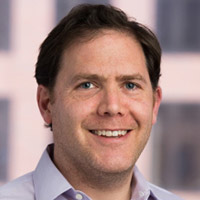 "Historical Inquiry in the Service of Philanthropic Practice: A Case Study of Two Case Studies"

Bio: Benjamin Soskis is a research associate at the Center on Nonprofits and Philanthropy at the Urban Institute, and cofounder and coeditor of HistPhil—a web publication devoted to the history of the philanthropic and nonprofit sectors, with a particular emphasis on how history can shed light on contemporary philanthropic issues and practice. Soskis is coauthor of Looking Back at 50 Years of U.S. Philanthropy (Hewlett Foundation, 2016) and author of The History of the Giving While Living Ethic (The Atlantic Philanthropies, 2017). He is also a frequent contributor to the Chronicle of Philanthropy and his writing on philanthropy has appeared in the Washington Post, the Atlantic online, New Yorker.com, SSIR, and the Guardian, among other publications.

Abstract: The philanthropic sector is saturated with historical categories of thought—especially ones involving novelty and social change—but in the past, it has infrequently engaged with rigorous historical inquiry. My talk will address how historical scholarship can help shape contemporary philanthropic practice, focusing on two research projects. The first, funded by the Open Philanthropy Program and GiveWell, involves producing a series of deeply researched case-studies of philanthropic initiatives generally considered to have had high impact (specifically philanthropy's role in securing the passage of the Affordable Care Act and in achieving marriage equality), with a focus on philanthropy's causal agency. The second project, funded by the Atlantic Philanthropies, entailed investigating the history of Giving While Living and limited life philanthropy. Together, these projects highlight both the benefits and challenges of incorporating historical insights into the work of grant-making.

Abstract: From Jane Addams to Eleanor Roosevelt to Robert Payton, a tradition of Compassionate Globalism emerged and was sustained. It challenged the wars and brutalities of the nation state through a mix of compassion and pragmatism. The results were uneven. They left us with a considerably stronger UN than when it was launched and did much to craft international accords to check and hopefully eliminate nuclear weapons. Above all, the Compassionate Globalists left us with humane documents like the “Universal Declaration of Human Rights” and the “Genocide Convention” which we ignore at our peril.

Bio: Lawrence J. Friedman, Ph.D. is a semi-retired Harvard historian working in the Mind-Brain-Behavior Initiative. He taught at Indiana University for many years where he developed courses in the history of philanthropy. Friedman has written eight scholarly books, including studies of the Menninger Clinic and of Erik Erikson, plus more than 50 scholarly articles.

With Mark McGarvie, he brought out Charity, Philanthropy, and Civility in American History. Friedman has lectured in 12 countries and was named International Writer of the Year in 2003 by the International Biographical Center (London). In February 2013 Columbia University Press published his The Lives of Erich Fromm: Love's Prophet. It is the first comprehensive biography of Fromm based on global archival research. Columbia nominated it for the Pulitzer Prize in Biography and for the National Book Award. Friedman is currently working on Compassionate Globalism: The Pragmatic Visionaries. 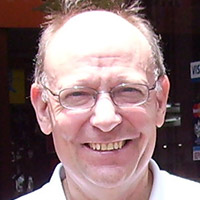 “Growth and Decline of Urban Establishments Before, During, and After the Great Recession” (Kate Anderson and Kendra Thompson-Dyck, co-authors)

Abstract: Organizations are an essential element in the fabric of the urban community. The Great Recession (2008-09) impacted urban communities in the U.S. in many different ways. This paper focuses on the changes in organizational resources across neighborhoods and suburbs in the Phoenix-Mesa urbanized area. Our research questions are: Which areas experienced the greatest growth, decline, and recovery of organizational resources between 2003 and 2007, 2007 and 2009, and 2009 and 2013 respectively? Also did for-profit, non-profit, and government establishments respond differently to the Great Recession? Our results showed that for-profits (mostly retail) and government establishments (mostly parks and health, educational, and cultural establishments) all vacated neighborhoods that had lower median home values in 2007. Though, for non-profits (mostly health, educational, cultural, and recreational establishments), no area-level contextual measures are related to the change in the number of establishments in the recession. Between 2009 and 2013, for-profits experienced significant growth in numbers (about 37 percent) and were substantially more likely to locate in areas with higher median home values in 2009 and greater increases in home values from 2009-2013. Non-profits also increased over this period by about 31 percent. However, government establishments saw little change, and for both nonprofits and government appear unrelated to area-level factors which may have been impacted by the recession or recovery. The units of analysis were 880 census tracts in which are embedded thousands of establishments. 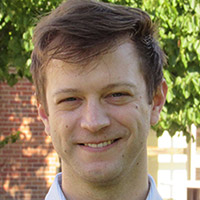 "Moral Economics, the Foundation, and the Church: Methodology in Philanthropic Studies"

Bio: Andrew Jungclaus is a doctoral candidate in the Department of Religion at Columbia University. Andrew’s dissertation project, “True Philanthropy”: A Religious History of the Modern Non-Profit Foundation, provides an examination of the role of religious belief in shaping early 20th-century American market structures and conceptions of the public good. Andrew received his bachelor’s degree in American Studies and English Literature from the College of William and Mary and his master’s degree in Theology from the University of Oxford. Before coming to Columbia, Andrew worked for a year as a research associate at Harvard University’s Du Bois Institute for African and African American Research exploring the concept of theodicy within American civil rights struggles. Previously, Andrew’s work has been supported by the Hagley Museum and Library, the Institute for Religion, Culture, and Public Life, and the Heyman Center for the Humanities at Columbia University.

Abstract: In this paper, I'll discuss the methods that have been most useful to me in the research for my current dissertation project, "True Philanthropy: A Religious History of the Secular Non-Profit Family Foundation." Broadly, my project explores the history of our nation's most materially powerful institutions and presents a genealogy of the religious sensibilities that have shaped America's not-for-profit foundations. While this historical project on the early-20th century remains largely archival in nature, it's a topic that offers significant insight regarding the privatization of services and institutions today. Specifically, this paper will offer two case studies from findings in the Lilly and Pew archives that argue for the importance of religious and historical analytical lenses in making sense of tax structures, economic rationalities, and the foundations of our nation's nonprofit industry. 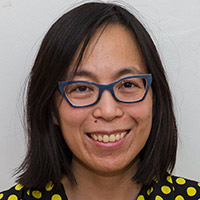 "Plan Your Burn, Burn Your Plan: How Decentralization, Storytelling, and Communification can Support Participatory Practices" 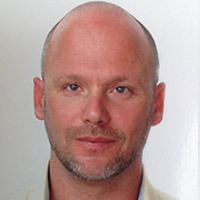 "Theories of Justice and Philanthropy"

Bio: Guy Schultz is a Ph.D. candidate at the Department of Philosophy at Tel Aviv University. His goal in his research is to apply contemporary theories of justice to philanthropy studies, thus building a bridge between the two realms. In his M.A. thesis, titled “What Legitimizes Philanthropy?” (The Hebrew University of Jerusalem, 2015), Guy addressed an apparent incongruity at the heart of philanthropy, which is that private individuals directly fund causes that are by definition public. (Ostensibly it is the duty of the state to do so). He developed the case for philanthropy, arguing that even if states and markets could succeed in sustaining all (justly demanded) public causes, philanthropy finds support within two major conceptions of citizenship in the west, liberalism and republicanism.

Guy began his academic studies in physics and chemistry, then transitioned to philosophy, and was initially interested in philosophy of science, an area in which he began writing his MA thesis in 2006. But through his experience in grant writing at a nonprofit during that time, Guy discovered the voluntary sector and left academia, later working as a consultant and subsequently starting a business enterprise geared to algorithmically facilitating partnerships between philanthropic, business and government entities around the world. The process of trying to understand what goes into the relationship between a donor and a donee brought philosophy back to Guy’s doorstep. He went back to academia to complete the MA degree, putting the entrepreneurial aspirations on the back burner, and committing himself to research. Guy is a Research Fellow at the Institute for Law and Philanthropy at the Buchmann Faculty of Law, at Tel Aviv University, as of 2015.

Abstract: Social institutions may be just or unjust, or the concept of “justice” may be inapplicable to them. For each of these alternatives, an institution’s justness may be inherent or dependent upon circumstances. In this paper I show that philanthropy can be construed as a social institution in the Rawlsian sense. Once construed so, I argue that determining whether individual philanthropic acts are just or unjust depends, in each specific case, on the qualities of the elements of philanthropy as an institution and on the relations between them, as viewed by distinct theories. This construction presupposes that philanthropy as an institution is not inherently just by definition. I provide an explication of the “elements,” as I call them. Then, I discuss how different theories produce different answers to the question of whether a particular philanthropic act is just. I focus primarily on the distinction between ideal and nonideal theories. In the latter portion of this paper I discuss methodological difficulties in actually trying to determine whether a philanthropic act is just or unjust, when it comes to concrete historic cases. 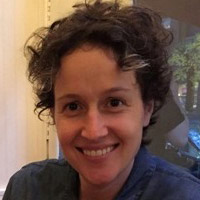 "Sex Work(ers) and the Third Sector: Research and advocacy from the ground up"

Abstract: How do advocates work through the “third sector” to shape services, policies, and public awareness regarding sex work and sex trafficking in the United States? How can we study this advocacy? To answer these questions, Dr. Majic first draws from over a decade of research experience to share how qualitative-interpretive methods of data collection and analysis may be used to study nonprofit service provision by sex worker rights activists; “john school” programs run through government-nonprofit partnerships; and federal, state, and local public awareness campaigns regarding prostitution and sex trafficking. Next, she will discuss her current research project, which considers celebrities’ efforts to raise awareness about human trafficking (and sex trafficking more specifically) in the United States and internationally. In addition to considering the methodological questions that arise as one shifts her research focus from grassroots to “elite” advocacy, Majic will also present some of her initial findings, which indicate that as philanthropic actors with high profiles and legions of fans, celebrities promote particularly gendered and racialized characterization of human trafficking’s forms, victims, and causes. In discussing these results, she considers the implications of celebrities’ philanthropic advocacy for how we conceptualize and address social, political and economic inequality more broadly.