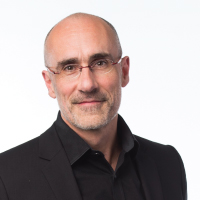 Abstract: Nonprofits are increasingly asked to provide tangible, quantitative evidence of impact to funders. This is often harder than it sounds, because we so often produce intangible services, from an improved cultural climate through classical music, to greater happiness through spiritual growth. This presentation summarizes a number of ways to tackle this measurement problem, and presents a new framework for doing so, as well as its application in a Washington, DC think tank.

Bio: Arthur C. Brooks is the William Henry Bloomberg Professor of the Practice of Public Leadership at the Harvard Kennedy School, and Professor of Management Practice at the Harvard Business School, where he teaches courses on leadership and happiness. He is also a columnist at The Atlantic, where he writes the popular weekly “How to Build a Life” column. Brooks is the author of 12 books, including the 2022 #1 New York Times bestseller From Strength to Strength: Finding Success, Happiness, and Deep Purpose in the Second Half of Life. He speaks to audiences all around the world about human happiness, and works to raise well-being within private companies, universities, public agencies, and community organizations. 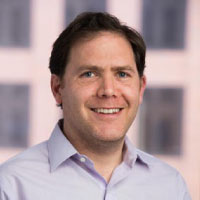 Abstract: This research project aims to chart one of the most important developments in the recent history of charitable giving norms: the increased willingness of commentators to engage in prescription with respect to giving, based on a prioritization of some causes as more worthy of support than others. I explore the norms which had predominated for much of the last half century, which largely deferred to donor prerogatives and refrained from critiquing the particular causes which donors supported, instead focusing on distinction within causes (wastefulness or inefficiency, for instance). These norms were grounded in a celebration of charitable pluralism, a theory who various strands I will unpack. I then explore how these norms were challenged in the last two decades, with particular attention to two examples: the effective altruist movement and the campaign to promote giving to racial equity and racial justice. I end by analyzing the clash between norms of charitable pluralism and charitable prescription and reflect on how debates surrounding the right and responsibility to prescribe might shape charitable giving norms more broadly.

Bio: Benjamin Soskis is a senior research associate in Urban Institute’s Center on Nonprofits and Philanthropy, and the co-editor of the web publication HistPhil. A frequent contributor to the Chronicle of Philanthropy, his work has also appeared in the Washington Post, the Atlantic, and the Los Angeles Times, among other publications. He is co-editor of Giving in Time: New Perspectives on the Temporal Dimensions of Philanthropy (Rowman & Littlefield, forthcoming), co-author of The Battle Hymn of the Republic: A Biography of the Song that Marches On (Oxford University Press, 2012), and author of “A History of Associational Life and the Nonprofit Sector in the United States,” in The Nonprofit Sector: A Research Handbook, 3rd ed (2020). He received a PhD in American History from Columbia University.

September 27: Huafang Li - Can Philanthropy Be Learned? Scaling the Knowledge of Experiential Philanthropy 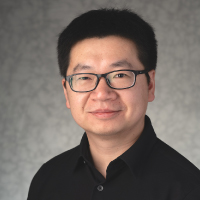 Bio: Huafang Li is an assistant professor in the Graduate School of Public and International Affairs at University of Pittsburgh. He is interested in using various methods to study public and nonprofit management, particularly how public and nonprofit organizations' information communication influences individual coproduction and giving decisions. His work appeared in Public Administration Review, American Review of Public Administration, Nonprofit & Voluntary Sector Quarterly, among other peer-reviewed journals. 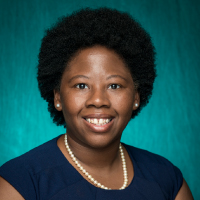 Abstract: Drawn from Robinson's dissertation and manuscript in progress, this talk explores the contributions of Black young professionals as part of the National Urban League (NUL) and National Urban League Young Professionals (NULYP). NUL has 90 affiliate offices that support over 300 communities throughout the United States. Their goal in each of these cities and communities is to “To help African-Americans and others in underserved communities achieve their highest true social parity, economic self-reliance, power, and civil rights through promoting economic empowerment through education and job training, housing and community development, workforce development, entrepreneurship, health, and quality of life.” While this aim of community resilience is commendable and has continued for 112 years, less interests has centered how NULYP, the young professionals (ages 21-39) volunteer auxiliary supports these endeavors. Put in another way, why do Black young professionals use their time, talents, and energy to support NUL and why does NUL prioritize this auxiliary?

Bio: Dr. Candice C. Robinson is an Assistant Professor of Sociology at the University of North Carolina Wilmington. She earned her Sociology degrees from Hampton University (BA), University of Iowa (MA), and University of Pittsburgh (PhD). Dr. Robinson’s research agenda is motivated by a commitment to understanding the contributions of the Black Middle Class and Black Elite to the longstanding civil rights organization the National Urban League and American society generally. Her work has far-reaching implications in the areas of race, class, social inequality, social movements, and Africana studies. In addition to her published work on the Black Middle Class, civic engagement, and Black Millennials.

Abstract: In this talk, Pallas and Bloodgood draw on their recently published volume to revisit and update our understanding of how NGOs conduct advocacy on international issues and why advocacy networks form. They take as their point of departure Margaret E. Keck and Kathryn Sikkink’s boomerang theory. Published in their 1998 book, Activists beyond Borders: Advocacy Networks in International Politics, it explained how local activists and international NGOs with different capacities could achieve advocacy success by forming transnational advocacy networks. It quickly became a mainstay of the field. Since its publication, however, the empirical conditions that prompted the theory have changed. The balance of power between key actors has shifted. Northern NGOs have lost power and influence and been restricted in their access to southern states. Southern activists have developed high-capacity NGOs with the ability to undertake international advocacy on their own and often built closer relationships with their governments. The architecture of global governance has likewise changed, providing new avenues of access and influence for southern voices. Pallas and Bloodgood will discuss their new theoretical framework, which develops a coherent, integrated picture of the current dynamics in global advocacy. Their theory of transcalar advocacy focuses on advocacy activities and policy impacts that transcend different levels or scales of political action. In transcalar advocacy, all NGOs–northern and southern–are treated as strategic actors, choosing the targets, scales of advocacy, and partnerships that best suit their capacities and goals. Drawing on data from Latin America, Africa, Europe, and Asia, the authors illustrate how strategic considerations prompt NGOs to build local networks, partner with governments or businesses, use national legal systems, or even conduct advocacy alone in their pursuit of effective advocacy. 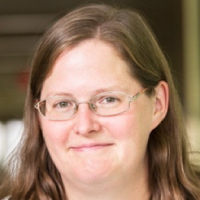 Bio: Dr. Beth Bloodgood is interested in the emergence and influence of non-governmental organizations (NGOs) and the political power of information and data. Her SSHRC-funded research (with Wendy Wong, Toronto, and Sarah Stroup, Middlebury) in partnership with Ajah examines NGO lifecycles and populations cross-nationally and over time in order to understand the relationships between national regulations, nonprofit data environments, and nonprofit regulators. The Global Registry of Nonprofit Data Sources (GRNDS) can be found at grnds.org and on the GRNDS Dataverse. In addition, she has recently co-edited Beyond the Boomerang: From Transnational Advocacy Networks to Transcalar Advocacy in International Politics (University of Alabama, 2022) with Christopher Pallas (Kennesaw State University) and a special issue of Interest Groups & Advocacy (2019) with Lisa Dellmuth (Stockholm) on Advocacy Group Effects in Global Governance.

Media: LinkedIn, From Transnational to Transcalar: Re-envisioning Advocacy in a Changing World 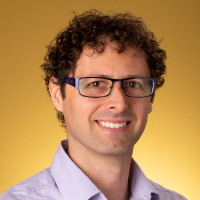 Bio: Christopher L. Pallas, PhD (LSE) is Professor of Conflict Management and Political Science at Kennesaw State University. His research focuses on civil society organizations and stakeholder representation in international policymaking and the impact of international development policy on local CSOs. His work has been published in Review of International Organizations, Nonprofit and Voluntary Studies Quarterly, Stanford Social Innovation Review, and other venues.

November 1: Brian Steensland - The Multidimensional Impact of Religion and Spirituality on Giving and Volunteering 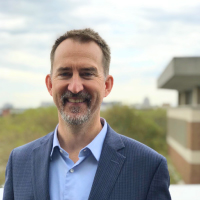 Abstract: While religion is one of the most influential predictors of charitable giving and volunteering, there is less agreement on how it matters. We explore religion’s modes of influence through multidimensional measures of religion and spirituality, including affiliation, membership, and salience. We introduce an analysis of spiritual practices to studies of pro-social behavior and find that seven diverse spiritual practices are each independently associated with greater likelihood of giving and volunteering. In full models, attendance, small group participation, reading religious texts, yoga, and meditation are significantly associated with at least one outcome, and small group participation is significant for both. Taken collectively, our results demonstrate the value of recognizing the multiple pathways through which religion and spirituality matter for giving and volunteering, the relevance of diverse forms of spiritual practice, and, most broadly, the importance of further exploring the links between spirituality and prosocial behavior. 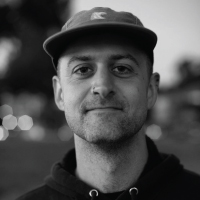 Abstract: This presentation advances the moral philosophical concept of supererogation as a sociological process through which organizational action outstrips the demands of public evaluation and oversight. I illuminate this process through a longitudinal analysis of 200 randomly sampled nonprofits in the San Francisco Bay Area from 2002 to 2016, a period during which nonprofits became subject to a multitude of accountability demands. Through interviews, surveys, and longitudinal content analyses of IRS filings and other public documents, I find that nonprofits chafed against compulsory reporting and evaluative criteria, regarding them as ill-suited to their work and goals. Contrary to current perspectives in organizational theory, however, the nonprofits I followed neither minimized external scrutiny through ceremonial compliance nor conformed internal goals to fit external demands. Instead, they disclosed far more information than was required or requested. I argue that, while nonprofits had serious misgivings about external oversight obligations, they nevertheless identified with the broader ideal of accountability these obligations represented. Navigating this tension, nonprofits improvised on newly salient accounting protocols and evaluative practices, repurposing them as tools through which unique goals, values, and conceptions of accountability could be given facticity. Through this process of supererogation, nonprofits went beyond mere compliance with external obligations and pursued accountability in organizationally distinctive ways.

Bio: Aaron Horvath is a sociologist and Postdoctoral Fellow at the Stanford Center on Philanthropy and Civil Society. Drawing insights from economic and organizational sociology, Aaron’s research examines the threat philanthropic foundations pose to American democracy and the importance of civic infrastructure in a period of political fragmentation. Using a mix of historical, qualitative, and quantitative methods, Aaron has published on a range of topics including the fraught interplay between capitalist accumulation and philanthropic redistribution, the creative politics and civic consequences of nonprofit impact evaluation, and the public health implications of nonprofit responses to COVID-19. Aaron’s work has received support from the National Science Foundation and the Canadian Institute for Advanced Research. His research has received awards from the American Sociological Association and has been covered in outlets including The Atlantic, The Guardian, The Wall Street Journal, and Wired.